Cheese of the Month

From the centre of England - Berkswell

Ancient and Honourable Order of the Tankard

Prince Lupus
Married to Deborah, with two lovely children, four cats and a beagle. I work as an accountant for a national charity.

Whilst helping mother sort out loads of old stuff from the the spare bedroom I came across these  things that her grandfather and uncle made in WWI out of shell casings. I am guessing they are French 75mm. I believe US troops also used the 75mm.

There are three tobacco "jars" and a matchbox holder/ashtray. 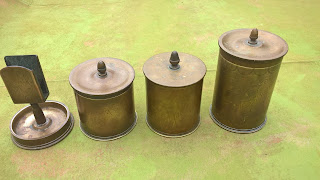 A couple have Ypres engraved on them, one Messine and the other Vimy. 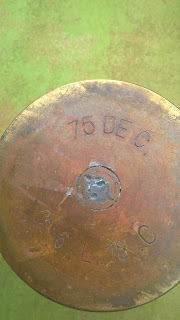 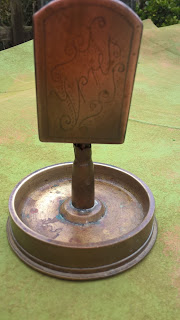 This one has the badge of the Royal Engineers on the front. 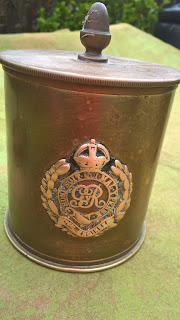 A bit of family history I found interesting. 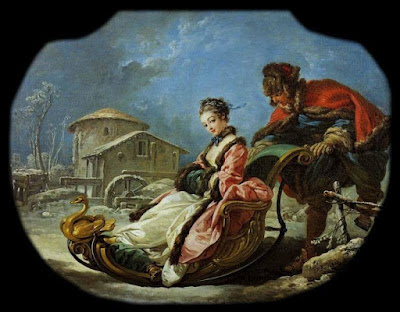 In February we went back in time another forty years or so and onto another continent. This time it's Blackpowder. 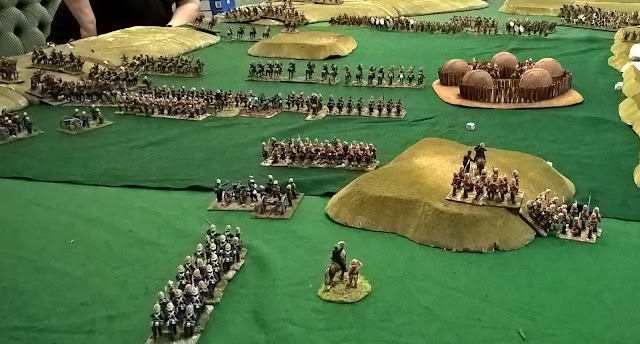 A British column marches across the veldt, when "Surprise!" a Zulu horde sweeps down from the low hills. The lancers, getting the better dice, charge on the left flank but are checked. 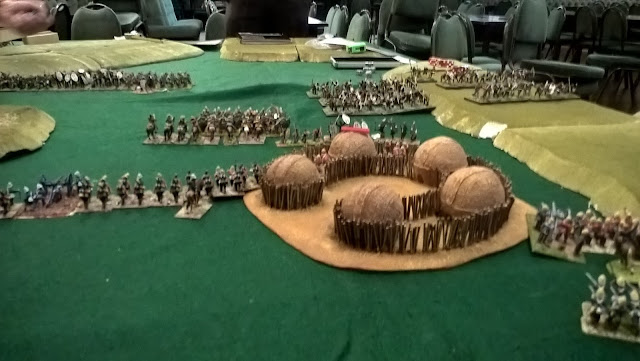 The Zulus don't hesitate and attack. Moving swiftly, courtesy of excellent order throws they get to take the village first.

But the Brits bring up the heavy guns and blast away. Despite initial successes the poor natives have no chance.

I think I missed March because I was on my jollydays in Teneriffy . Which was spendid. 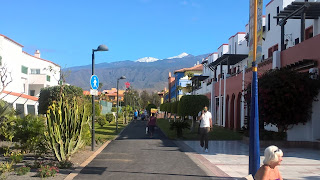 Brandywine - an American Rebellion with Blackpowder. 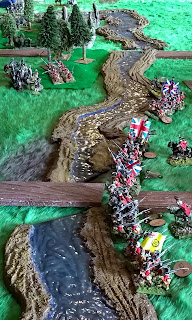 A first go with Bolt Action 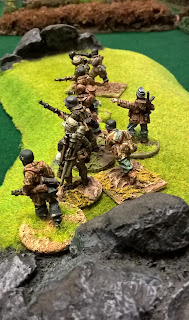 Not convinced by the rules but Jim's figures are very nice. 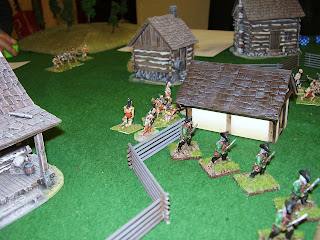 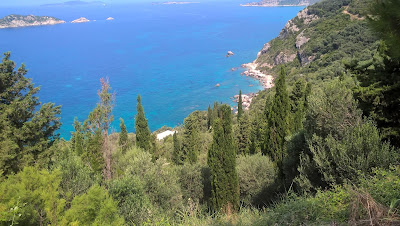 Back to the Western Front with Kill The Kaiser.
More nice figures by Jim. 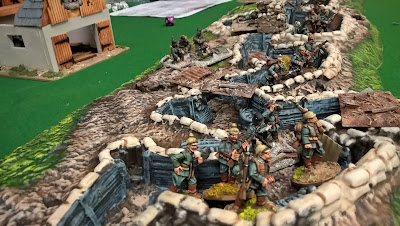 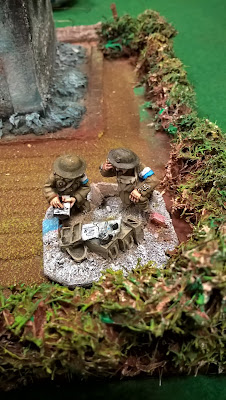 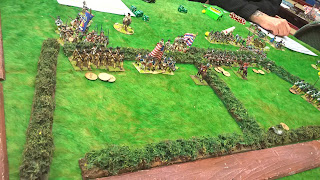 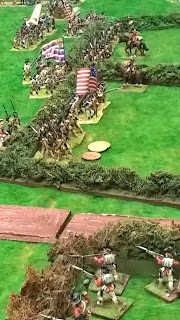 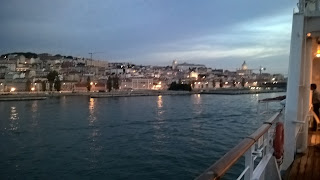 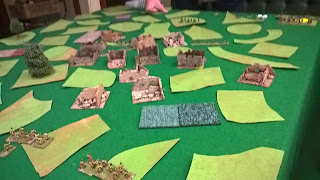 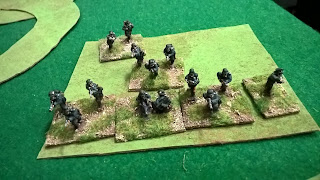 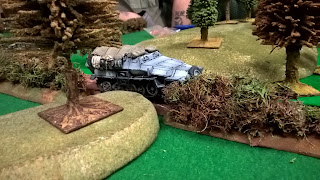 The twelve days (months) of a Wine and Cheese Christmas

We started the year with our continuing search for "modern" rules for Jim's excellently painted WWI figures. Naturally we started with one of our favourite rules publishers, Ganesha Games, and their "Flying Lead".

The first scenario was based on the classic "Sawmill Village". 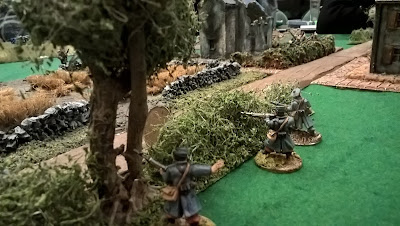 But the firepower meant that both sides hunkered down in cover and it petered out into an indecisive long range firefight.

So we gave that up an tried a 1916 classic "Charge the Trenches!"

The British settled down behind the sandbags. 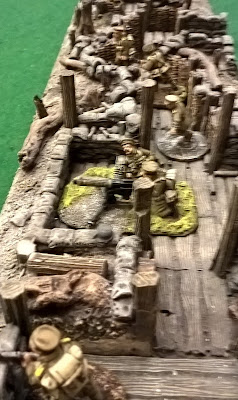 I do like Ganesha Games skirmish rules engine but our multi player requirements push it to its limits. So the search continued 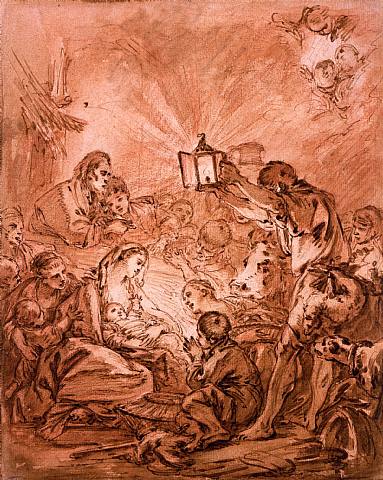 At the front are a lot of 1/72 plastics from Hat. This time the WW1 East Africa sets they brought out about a year ago (and still waiting for the Brits!).

The campaign in East Africa was the culmination of colonial madness with a number of European nations in Imperial conflict. Small armies ranging over immense distances on incredibly varied terrain transporting boats hundreds of miles overland to fight wars on lakes, armoured trains, killer bees, biplanes, a Zeppelin, sailors becoming soldiers, guns taken from battleships and pulled by hundreds of men through desert and jungle. What’s not to love (unless you were actually there of course).

The figures are going to get a basic block paint and a coat of dip. Shouldn’t take too long to sort a couple of hundred out. 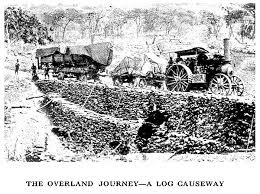 Pulling a motor torpedo boat through Africa by traction engine!

The main issue is a set of rules. I have purchased Contemptible Little Armies, If the Lord Spares Us (with East African variant), Crush the Kaiser and Triumph of the Will but none really grab me so I expect it may be a home spun set. The issue is that they need to be able to be played by at least half a dozen people, so not card driven, and simple enough to pick up once a year. The level will be about a brigade per side so Rapid Fire keeps shouting from the back of my head, a set we all know if not all love.
Posted by Prince Lupus at 20:54 1 comment:

We played a few games of Saga in 2014 but, as far as I can recall, only one last year. The core rules are simple (nothing wrong with that) but I found the battle board a bit gimmicky.They are fun initially but become a bit tedious after a few games as opponents start to know what to expect. Inevitably the boards end up on the table top as they need to be seen by both players.

It is however an excellent marketing strategy. The rules are nice and glossy, additional supplements of course and special dice at £12 for 8. When fewer than fifty figures are required to play the game I expect most wargamers are happy to budget for these extras. I did! 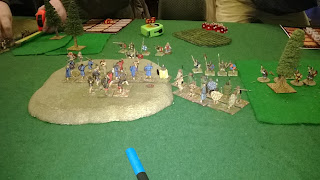 My Irish warband getting hammered by Vikings 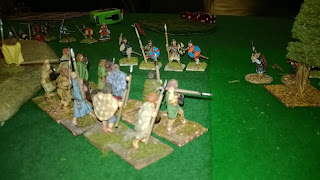 We have thousands of 6mm Napoleonics and in June we had a bit of an impromptu Waterloo using a set of rules based on Blackpowder. Not as good as Volley and Bayonet but not everyone likes the book keeping they entail. They worked okay and gave the expected result of the French dashing themselves against the red wall until the Prussians turned up. 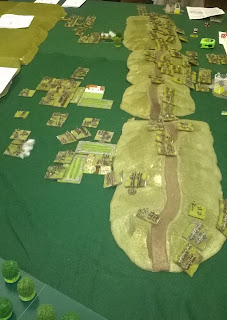 We did have one splendid game of Volley and Bayonet. Thanks Richard. A 15mm Lobositz. Here, following a grand cavalry melee, the Prussians found themselves dashed against a resilient white Austrian wall.

At the close of play the Austrians look barely touched whilst the Prussians retreat.


Our big bashes tend to be ACW, as many of our club have a 28mm collection, and one such was Williamsburg. 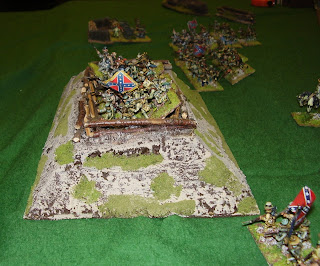 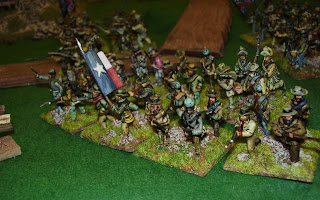 Charging Confederates and the victorious Union 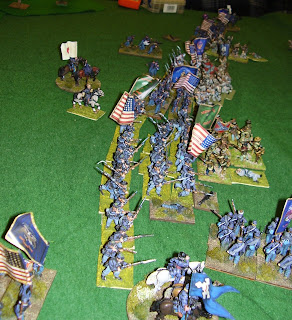 Sadly there are no piccies of our AK47 day. One of the great sets of rules (the original set of course now available again as a pdf) that no one seems able to explain. Simple mechanics but comprehensive in setting the scene, effective army lists, giving a result in a not quite specified time and quite mad. Not everyone's cup of tea in Political Correct Land but no war is/was ever pleasant and all we are doing is playing with toy soldiers.

An interesting comparison with Saga as the subtleties are within the, cheaply produced, core rules but, like Saga, where wargamers' megolomania means that we need at least two armies and perhaps a choice of armoured car and tanks or artillery pulled by APCs or recoiless rifles on zebra striped landrovers................
Posted by Prince Lupus at 20:22 3 comments: